Gasoline Lollipops stitch scraps of American roots music to patches of their own tattered hearts to form an all-new tapestry of bleeding rock n’ roll.

Front man, Clay Rose was raised between an outlaw, truck-driving father in the mountains of Colorado and a country song-writing mama in the sticks outside of Nashville, Tennessee. Clay’s penchant for open roads and trouble making are the backbone of the Gas Pops’ sound. The rest of the band consists of Don Ambory, Scott Coulter, “Bad” Brad Morse, and Kevin Matthews who all come equipped with music degrees from Chicago, Boston, Jacksonville, and Denver, respectively. They each add flavors of their own background and heritage, further diversifying the band’s signature sound.

Fresh out of the legendary Dockside Studio in Lafayette, Louisiana, Gasoline Lollipops are promoting their new album, All The Misery Money Can Buy, which pursues happiness and the American Dream to the end of the rainbow and chokes on a pot of gold.  Gas Pops collaborated with Clay’s song-writing Mama, Donna Farar (“Last Thing I Needed” recorded by Willie Nelson and Chris Stapleton) to create this politically-charged union of soul music and Southern rock.

Gasoline Lollipops are three-time winners of Colorado Daily’s “Best Local Band” award, and two-time winners of Denver Westword’s “Best Country Band” award. Over the last four years, they have toured throughout the U.S., Belgium, the Netherlands, and Belize. In 2018 they made Billboard’s top 10 Spotify chart, as well as Pandora’s top 10 Trend Setters list. Today, the Gas Pops continue to bend genres and electrify live audiences with ferocious sincerity. 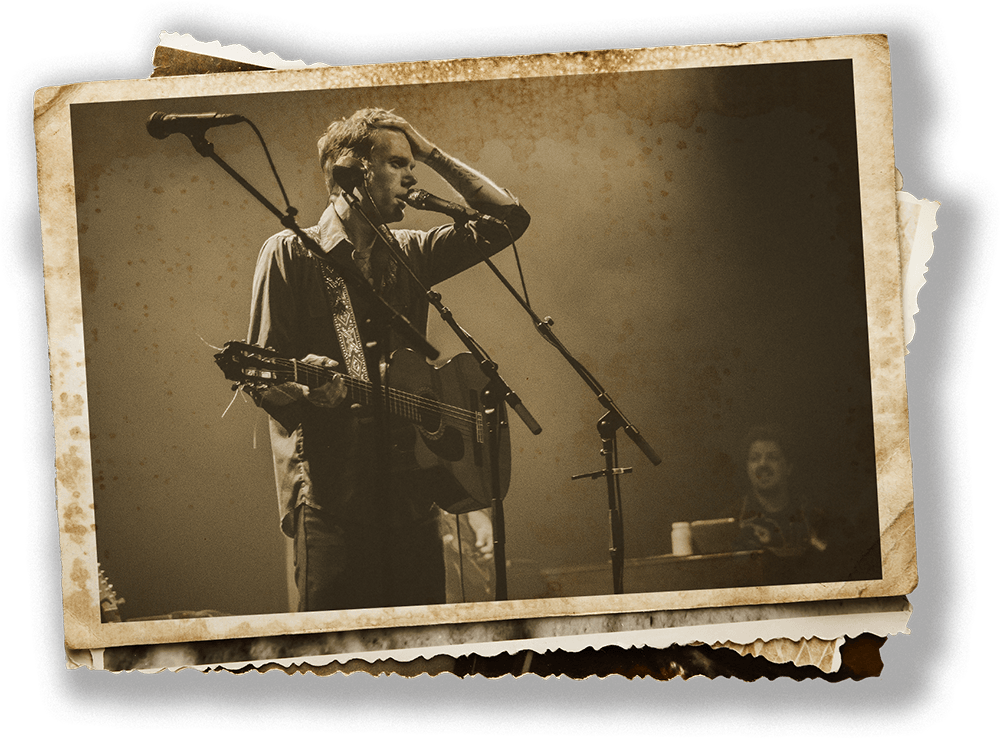 Although his career as a band leader has only spanned a decade, Clay’s solo songwriting career began in 1997. He has written and released nine all-original albums to date. Clay Rose’s ability to tell stories that seamlessly cross genres from folk, to punk, to klezmer, to country, has won him an array of awards. These include: Best Music Video at the Mile High Horror Film Festival 2012, for “Don’t Be Afraid; It’s Only Death” by The Widow’s Bane, Gasoline Lollipops’ Best Country Band Award, by Westword Magazine 2015 and 2018, as well as Colorado Daily’s Best Local Band award for 2015, 2016, and 2017.

Clay Rose was born to a draft-dodging pot farmer on the lam, and a country songwriter. What did these two have in common? They both did business with Willie Nelson. Clay’s mother, Donna Farar, wrote “Last Thing I Needed” which was recorded by Willie on his 1982, Always On My Mind.  Clay’s father provided Willie with medicine throughout the 70’s until the law sent him skipping to Colorado from Arkansas on a midnight train. When Donna’s song hit number 1 on the Billboard charts, she moved to Tennessee to be closer to Nashville, and Clay began his disjointed childhood, straddled between the Rocky Mountains, and the backwoods of Tennessee. 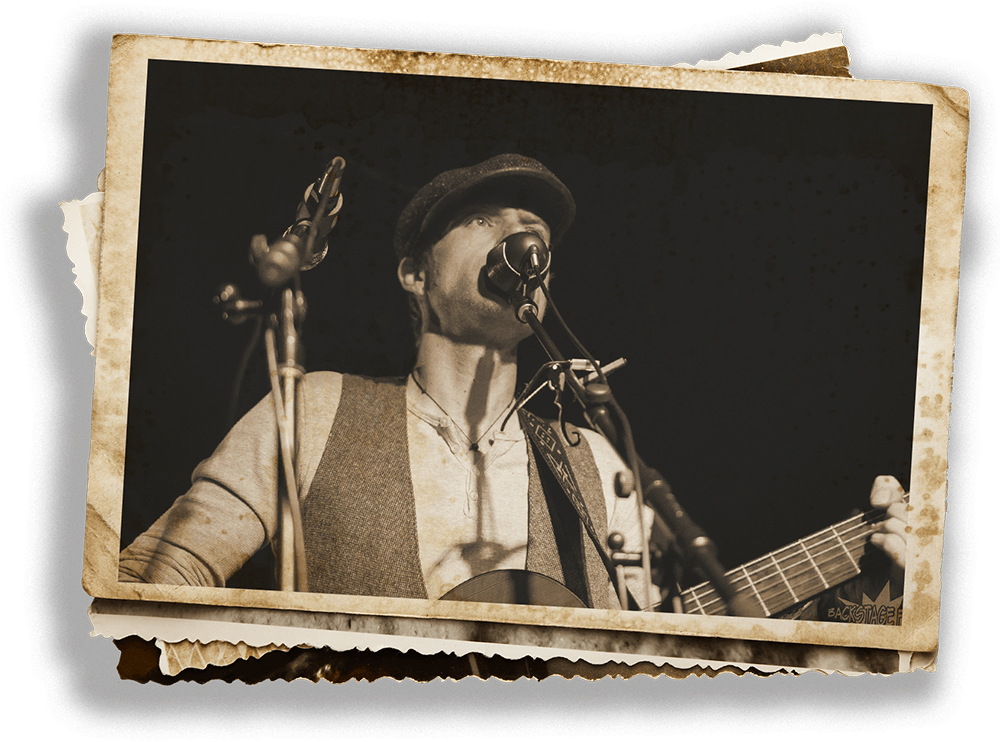 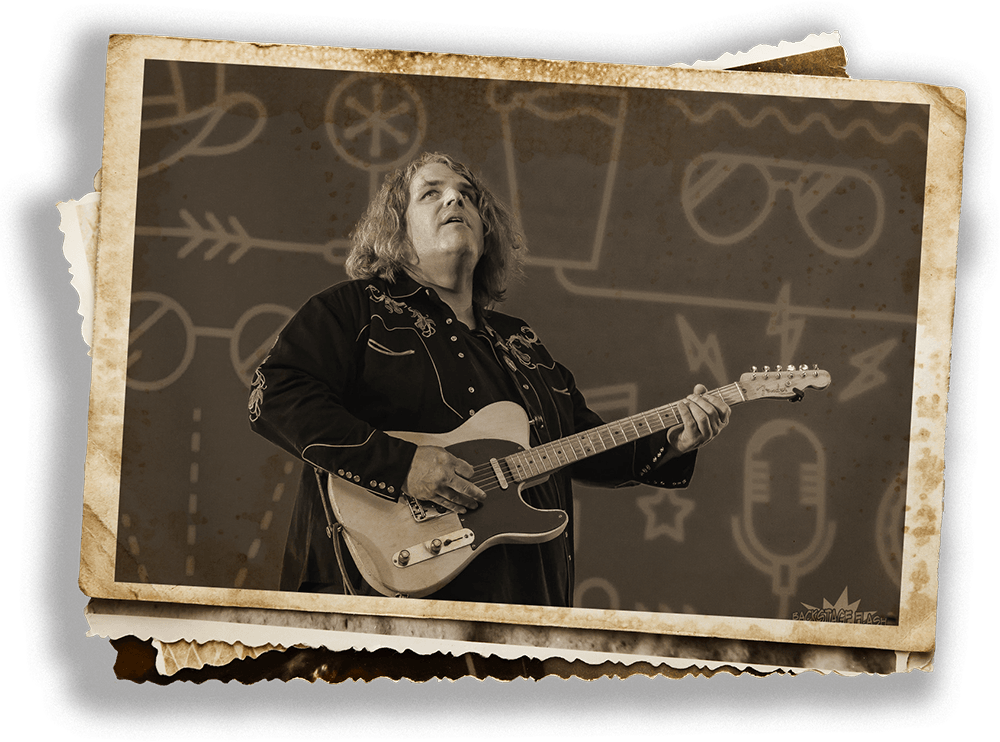 Don Ambory began playing guitar seriously as a young boy. He grew up outside of Detroit playing a wide variety of music. Choosing to study jazz at the prestigious University of North Texas, Don had the privilege to study with world renowned music educators including Jack Petersen and Rich Matteson. While at NT and playing around Dallas, Don also wrote music for advertising and multimedia. Seeking a larger market, Don left Texas for Chicago and began playing regularly, immersing himself in the historic blues scene, playing with legend Lefty Dizz, among others. Soon Don fell deeply in love with Soul music; writing and recording with many notables including Dell Brown of The Chi-Lites. While spending nights in the Chicago clubs, Don spent days writing music for commercials and freelancing for many jingle houses.

It was at this time that Don formed a love for country music, playing with Chicago legends The Sundowners. Over the next several years Don moved around the country, to New York, Atlanta and then back to Detroit where he finished his education at Wayne State University studying with Detroit legend Matt Michaels (Barbara Streisand, Peggy Lee, Joe Williams). Immersing himself further in music education, Don earned his masters degree from Northwestern University. Don continues to strive for musicality in everything he does, especially in his role as a member of Colorado’s Gasoline Lollipops. 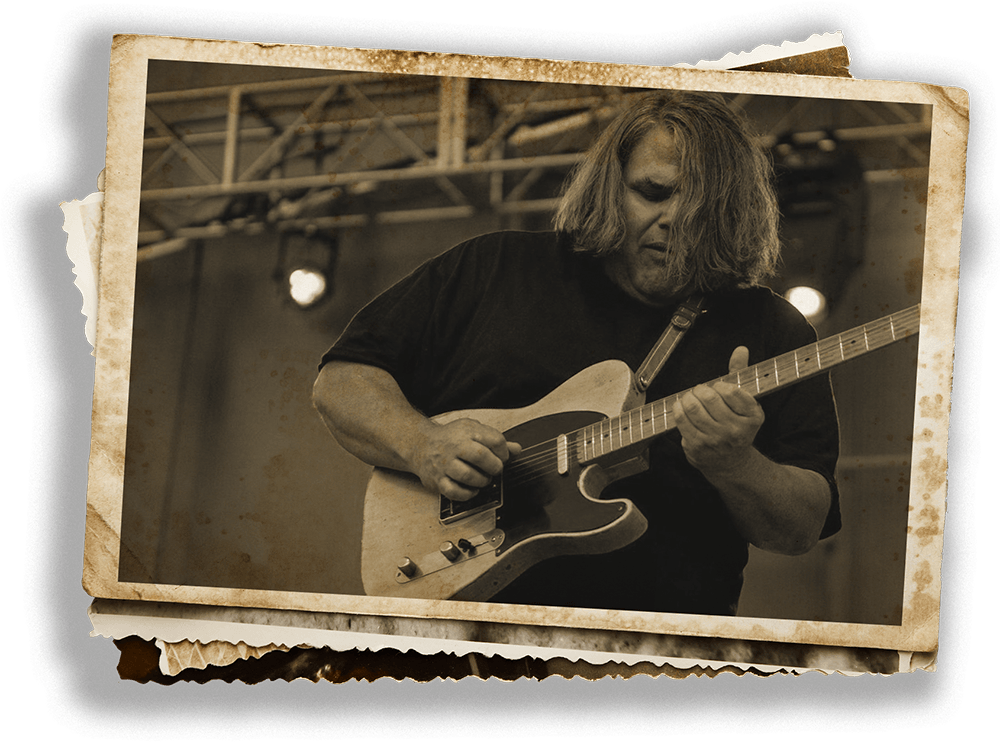 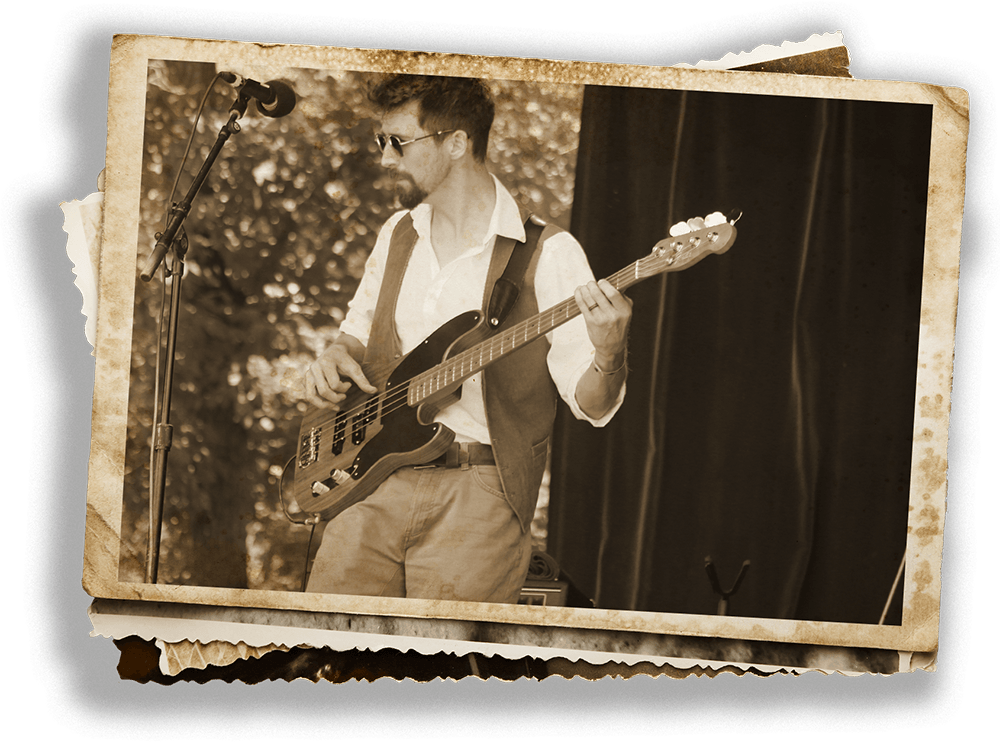 Bradley Morse moved to Colorado in 2013 after graduating from the University of North Florida with a B.A. in jazz studies. In Florida he played with a myriad of jazz ensembles, orchestras, and choral ensembles. Since moving to Colorado he has broadened his musical pallet, playing, writing, and composing music with groups such as, Gasoline Lollipops, The Widow’s Bane, Masontown, and Lonesome Days, who won the bluegrass competition at Freshgrass in 2018. Bradley also teaches music and is a free-lance recording artist.

One of the ways Bradley got through adolescence was walking to music. From Nirvana and Fishbone to Bach or Ravel, he was enthralled with the places music could take him all while on an evening stroll down Bayshore drive. He swears he stepped into other worlds listening to Edgar Meyer’s interpretation of the D minor cello suite, or hearing Les Claypool’s ode to Rapscallion and Ice cubes. 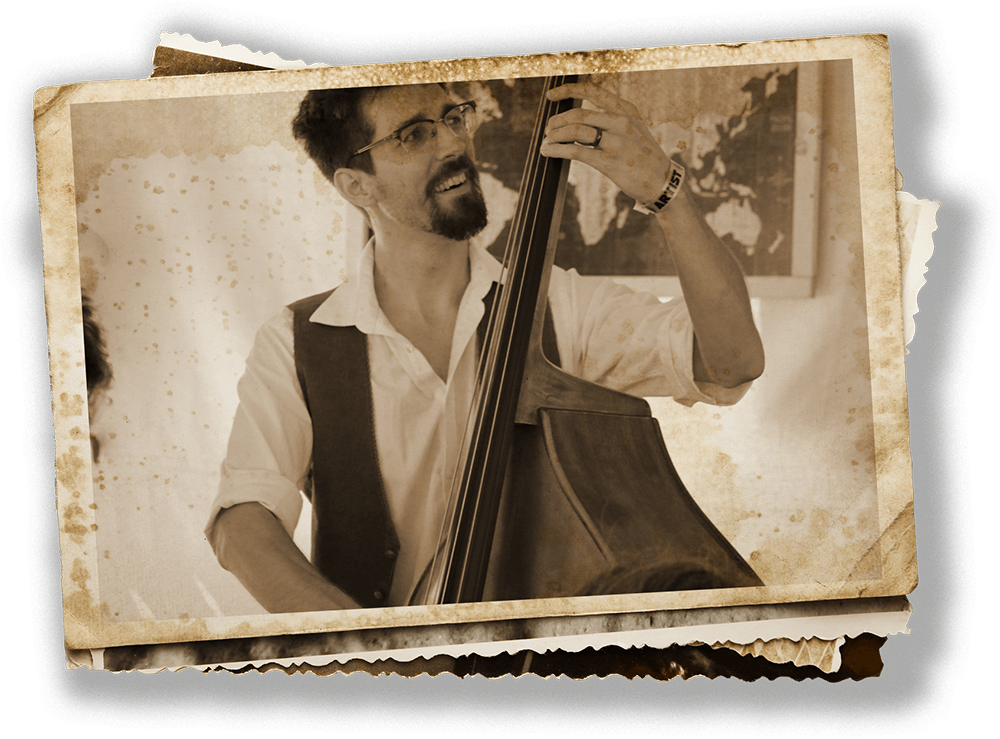 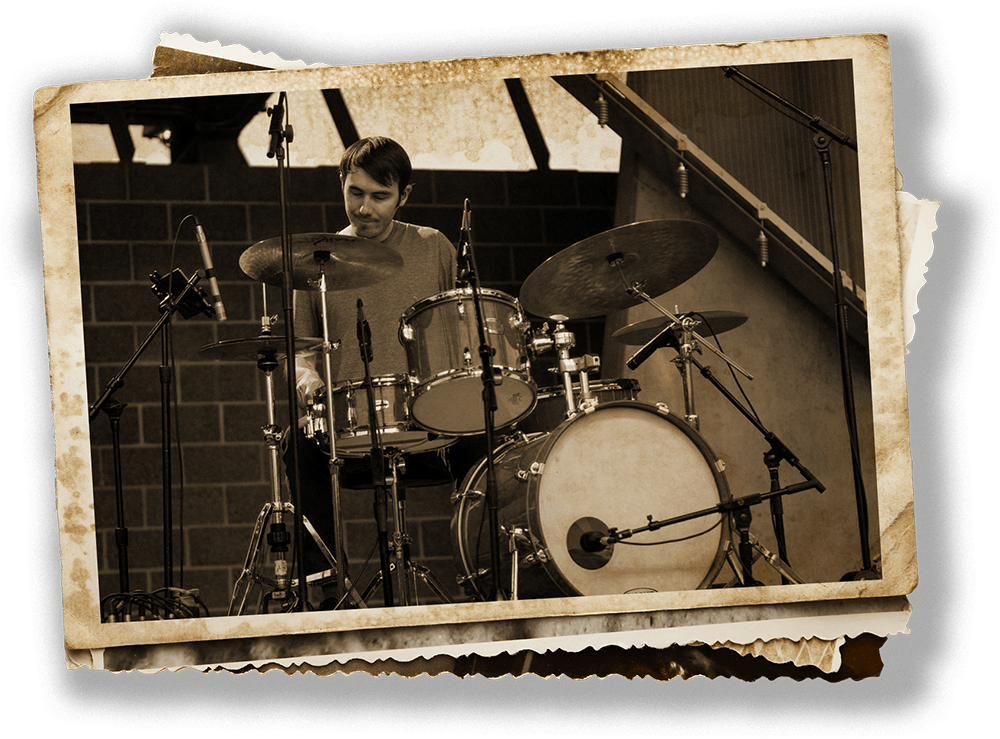 Kevin Matthews is a drummer, percussionist, and music educator. He has been privileged to perform with an accomplished list of artists including jazz musicians Rich Perry, Shane Endsley, Peter Stoltzman and John Gunther, Juno award winning banjoist Jayme Stone, and the Colorado Symphony Orchestra. He has appeared on recordings with Seamus Blake, Dave Easley and singer-songwriter Carrie Newcomer, and has recorded music for the Facebook Sound Collection with Jayme Stone

Raised the son of a professional photographer and a commercial music producer, Kevin’s Mom and Dad encouraged him to pursue music at an early age. Eventually they were tolerant enough to chaperone him to some of his first rock concerts as an angsty 13 year-old metal head. That energy was gradually honed into a career playing the drums, a passion for studying and performing American music, and a hunger to learn about musical traditions from around the world. When Kevin isn’t playing drums for Gasoline Lollipops, he can be found seeking out over-priced coffee and being attacked by his roommate’s cat. 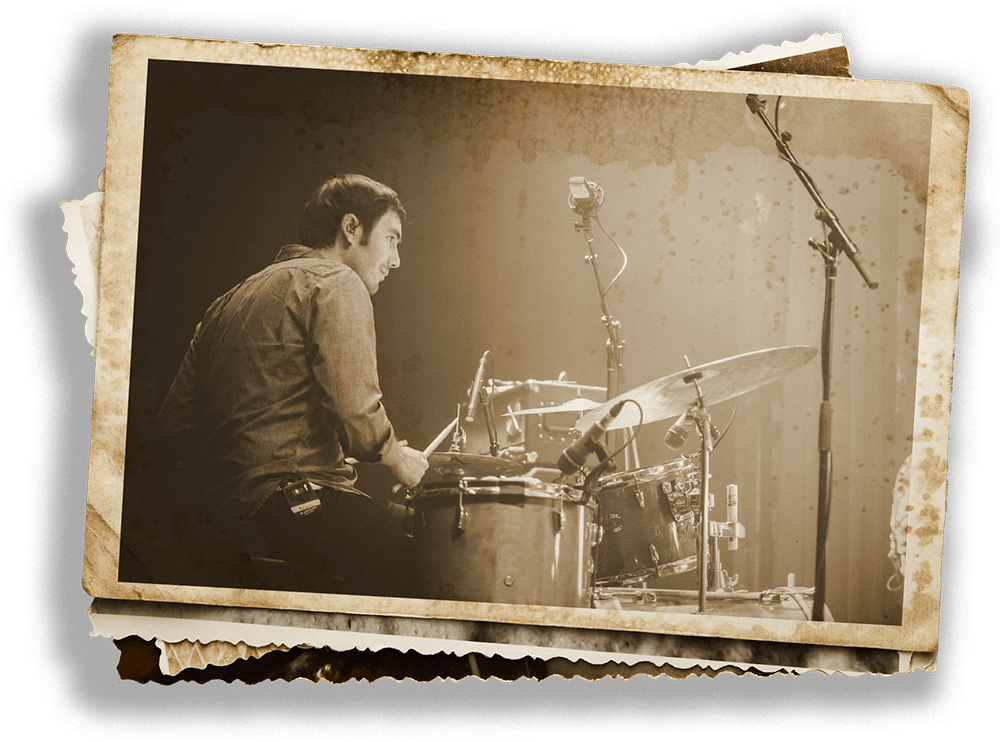 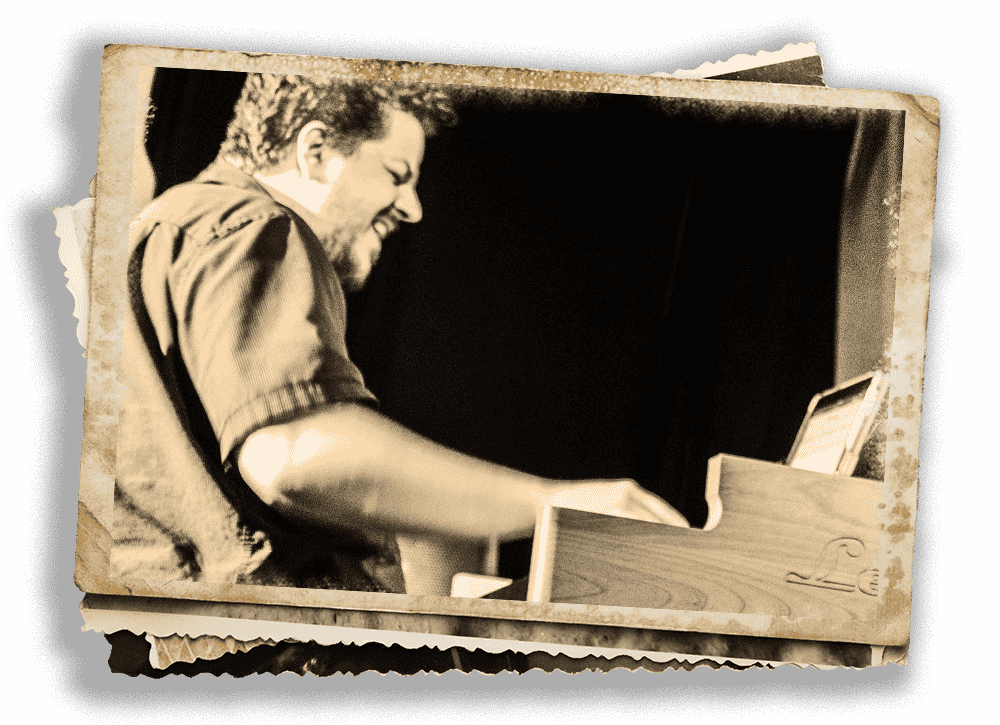 Scott grew up in Boulder, CO, and has been friends with Clay since they were both 5 years old. After their paths diverged in high school, Scott began studying jazz piano, eventually earning a Bachelor’s degree in Jazz Piano Performance from the New England Conservatory. After graduating, Scott discovered the Hammond B3 organ, and spent the next 10 years learning the instrument he still considers to be one of humanity’s crowning 20th century achievements. As someone said to him once, “if Jesus lives, he lives inside the tone wheels of a Hammond B3!”

Scott hates listing off who he’s played with and which impressive (or not-that-impressive) venues he’s played. Rather, Scott has played dive bars, festival stages and concert halls, and loved them all. He’s played next to some famous people, and a lot of not-famous people. He is overjoyed to be making good music with people he loves!

Any cookies that may not be particularly necessary for the website to function and is used specifically to collect user personal data via analytics, ads, other embedded contents are termed as non-necessary cookies. It is mandatory to procure user consent prior to running these cookies on your website.